Skip to main content
Register to our newsletter Our latest newsletters

EDP MEPs tell us why they chose to fight for Europe

"Languages, cultures, regional differences and local initiatives must be cherished because they are Europe’s strongest asset."
Read our Frankfurt Declaration

we establish the European Democratic Party.

By this agreement, the political parties of the countries, of the historical nations and of the regions of the European Union that share the common values and the principles indicated in this preface, make up “the European Democratic Party (EDP)”. 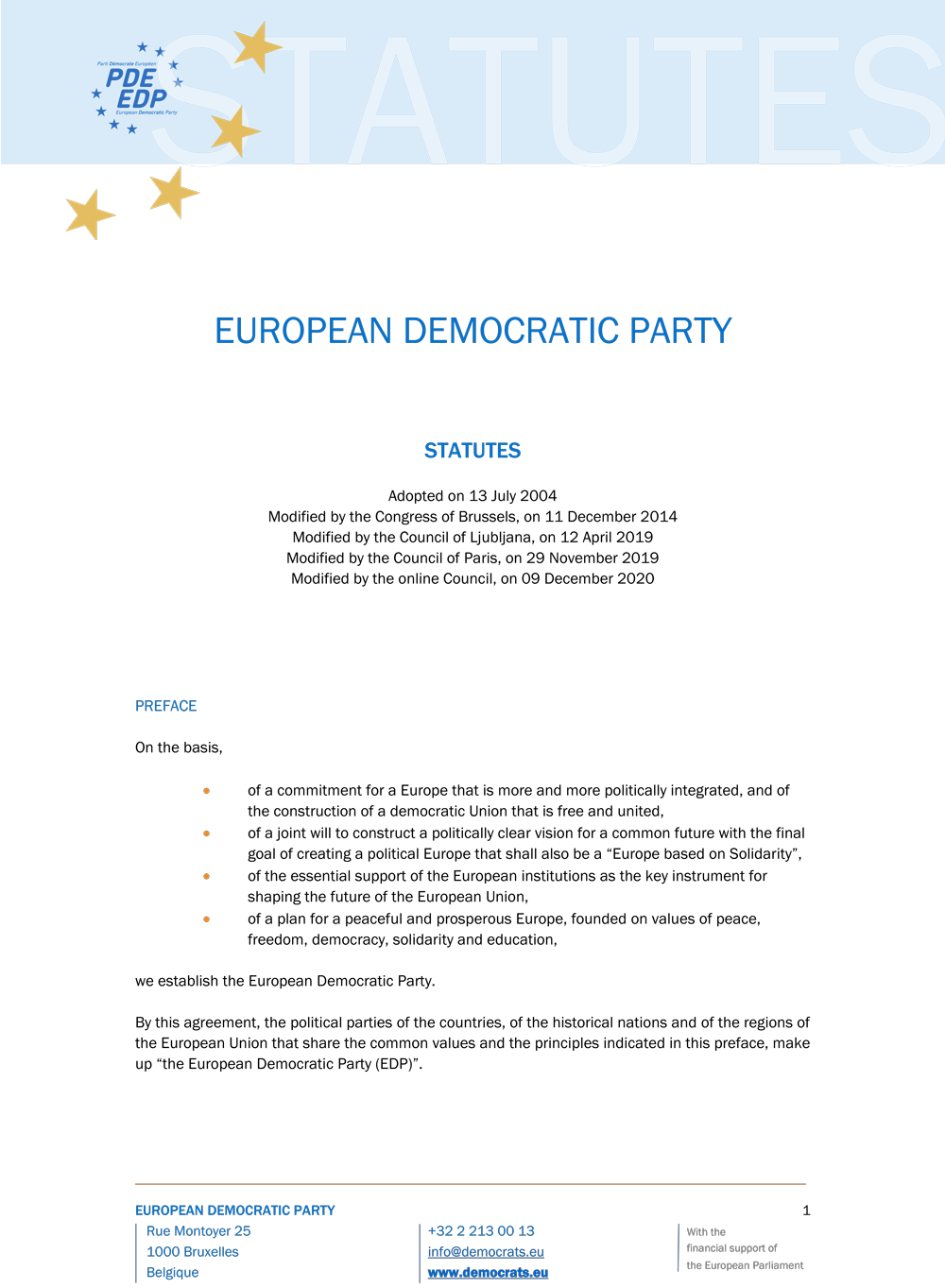